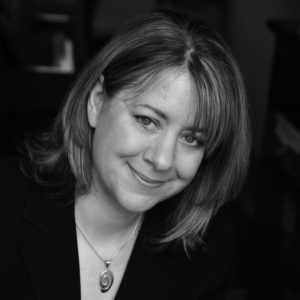 The pamphlets for this year’s Michael Marks Awards – getting on for 200 of them – arrived in a large box and quickly took up residence on my dining table in piles that only made sense to me. (Woe betide anyone who moved them!). They ranged from stapled pages with thin cream covers bearing only the title and author’s name to glossy, thread-sewn artefacts embellished with foil, or sporting full-colour images. Certain hues predominated (red, mustard, black, green, mauve) and each time I passed the table, they beckoned to me, like confections in a sweet-shop window.

That was just as well, since there were an awful lot of them to get through, and for the next few weeks I carried groups of them around in my pockets or bag so that I could go on reading when I was on the move. Among the authors, there were names I knew, others I’d vaguely heard of, many more I hadn’t; now and then I came across pamphlets by poets whose work I’d read years before that impressed me because of the leap-forward that had been made in the intervening years. All such considerations were laid aside: the task was to concentrate on the words alone, and the impact they made right now, regardless of context.

As I settled into reading, I found certain themes cropping up repeatedly (the experience of lockdown has turned many of us into naturalists, it seems!) but by and large there was as much variety inside the covers as out – of form, approach, subject matter, diction and style. Whenever I was unsure, I put the pamphlet into the read-again pile; when I was blunted and word-dizzy from over-reading, I took a break, walked the dog.

Having gone through the initial selection stages in solitude, it was a joy to meet via Zoom with my fellow judges and to swap notes and opinions. We each came to that meeting with our own longlists of 20 pamphlets. There was a good deal of crossover, even at that early stage, and beyond that, we argued passionately for our personal favourites. We also listened hard, allowed ourselves to reconsider, to look again from fresh angles and reassess. There were, inevitably, some excellent titles we had to let go along the way, and it took several hours to reach our shortlist of six.

We are thrilled by the variety of the list, which includes titles from four different presses by poets from different backgrounds and at different stages of their careers. But that, of course, was a lucky coincidence; the only criterion we’d had, right from the outset, was the quality of the poems themselves.  And while all lists are subjective, and not everyone will agree with our choices, the process could not have been more rigorous or considered – four different personalities, with our own different tastes and backgrounds, sitting round a table with the same agenda: to select poetry that startled, moved and energised us, and in so doing altered our sense of being in the world.