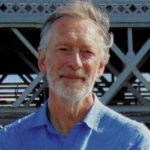 John Glenday is the author of four full collections, and his Selected Poems came out with Picador in 2020. Grain (Picador 2009) was shortlisted for the Griffin International Poetry Prize and the Ted Hughes Award; The Golden Mean (Picador 2015) which won the 2016 Roehampton Poetry Prize and was shortlisted for the Saltire Scottish Poetry Book of the Year. His most recent publications are a limited edition artbook in collaboration with Maria Isakova Bennett: mira, (Coast to Coast to Coast 2019) and a pamphlet, The Firth (Mariscat Press 2020). www.johnglenday.com

Stephanie Sy-Quia is a writer, critic and printmaker. Her debut, Amnion, (Granta Poetry), is shortlisted for the 2022 Forward Prize for Best First Collection, and was a 2021 PBS Winter Recommendation and New Statesman Book of the Year. Her writing has appeared in The Guardian, White Review, Boston Review, Times Literary Supplement, Granta, and others. She lives in the South of France. 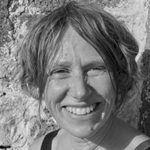 Natasha Bershadsky is a lecturer on the Classics at Harvard University and a Fellow in Poetry and in Ancient Greek History at the Center for Hellenic Studies, where she co-edits Magnetic Links, a poetry project at Classical Inquiries dedicated to ties between modern poetry and ancient Greek traditions. Her research explores ritual and mythological elements of early Greek wars, political and religious dimensions of Hesiod’s works, and ancient dreams. 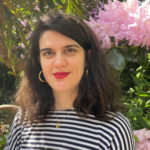 Giulia Carla Rossi is Curator for Digital Publications at the British Library, where she supports the Library in collecting and preserving emerging formats and born-digital publications. Formerly, she covered editorial and production roles in trade and academic publishing, focusing on digital publications and working for Bloomsbury Publishing, Penguin Random House and Cambridge University Press. She holds an MA in Publishing and Language from Oxford Brookes University and is enrolled on an MA in Computational Arts at Goldsmiths University of London. Her research interests include interactive storytelling, net art, visual poetry and creative computing. 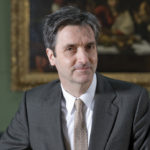 Environmental Poet of the Year prize

There is a separate judging panel for this prize, information about which can be found on the Environmental Poet of the Year prize page