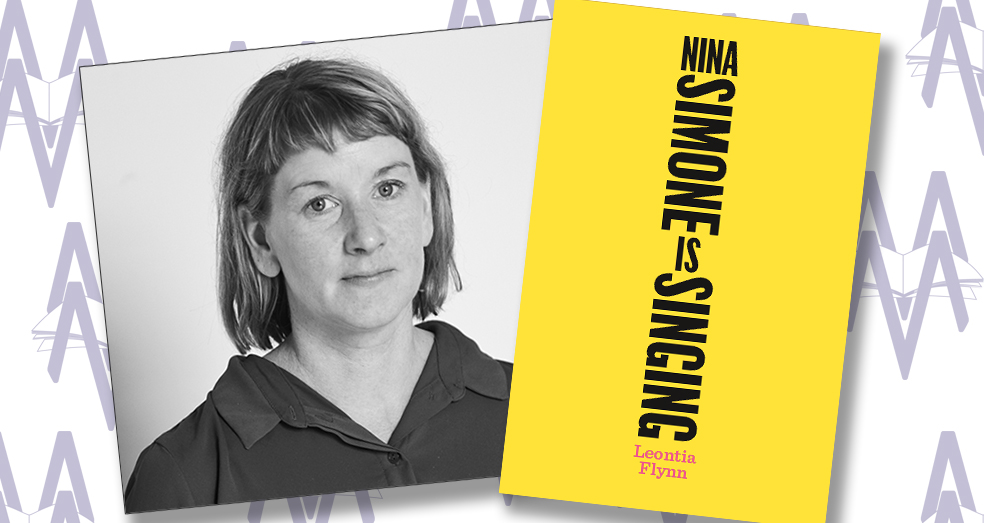 The judges were unanimously drawn to the felt emotions and witty humour of the skillfully-crafted lyrics in Nina Simone Is Singing. Leontia Flynn is one of the finest emotional chroniclers of our neurotic inner world during what Flynn has called the ‘Age of Interruption’, in other words our current way of life, replete with its psychic overloads and unrelenting connectivity, leaving Flynn to ponder exactly how our selfhood is assembled, and how far we wander from those constructs.

Now that the verdict’s in

Now that the verdict’s in,

the voices raised, the arguments advanced

for a split, the city stops

seeming to ask: ‘What now?’

The streets are bare at noon

as though inhaled. A sense of locked rooms

and over the vacant lot

beyond my desk, three herring gulls reel up

for words – or for the hate boils

and courses through nervous systems?

Look, I’m pushing back my chair and going home,

from which the jewels have been freshly

which follows the curve of the earth

and where, left since the workers downed their tools,

the trees on either side

crowd in – weighed down

with both neglect and bounty.