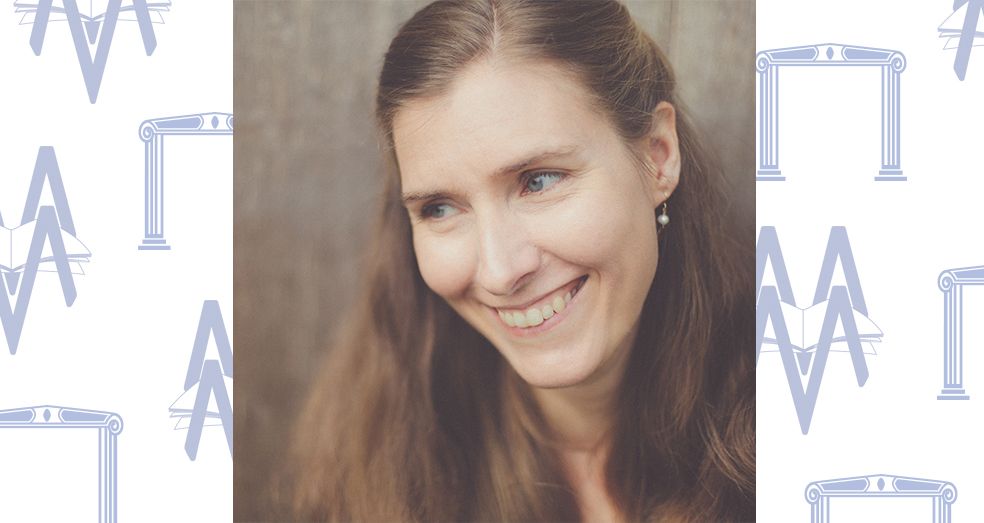 Prize: £10,000, and publication in the winners’ pamphlet, which will soon be available to preorder internationally from Broken Sleep Books

Fiona Benson was educated at Trinity College, Oxford and then St Andrews University, where she completed the MLitt and a PhD in early modern drama. Her pamphlet was ‘Faber New Poets 1’ in the Faber New Poets series, and her full-length collection Bright Travellers (Cape, 2014) received the Seamus Heaney Prize for first collection and the Geoffrey Faber Memorial Prize. Her second book,Vertigo & Ghost (Cape, 2019) won the Roehampton Poetry Prize and the Forward Poetry Prize. Her third collection Ephemeron is due out from Cape in 2022. She lives in mid-Devon with her husband and their two daughters.

For two thousand years, the greatest writers in the world, as well as composers and painters, have explored the Greek myth of the Minotaur so profoundly that you’d think a new re-telling was impossible. The bull-man and his death, the violence beneath the palace, the potential for damage hidden at the mazy heart of civilisation – we have heard all that hundreds of times, haven’t we? But this devastating new sequence of poems, truthful, tender and appalling, shows us how vital the legacy of Greece still is; and also why, two hundred years ago, so many non-Greeks joined the struggle for Independence. Greece matters to everybody, then and now and always. Greek insight into the human condition, and the Greek legacy of exploring through art the human tragedies we all face, are not only vital and universal: they are infinite. In this sequence of poems, the Minotaur is a child with whom something is terribly wrong. ‘Difference’ is experienced as shame, and has to be hidden. But the instinct to cover up damage is itself damaging. So we enter the labyrinth of what goes wrong in a life, in a family. We witness a sister’s love and grief, and meet a hero who knows his heroic act was neither his, nor heroic. It was scripted by a woman who slips into the crowd to bury her sorrow alone, and has damaged himself too, and his family. ‘Something’s left undone.’ This prize-winning portfolio is a radically original insight into the myth. The language, and the poet’s control of word and line, are beautiful and very accomplished. The whole thing reminds us that there is always something new, self-renewing and revolutionary in the Greek tradition.

Some myths, wherever and in whatever culture they first appeared, continue many centuries later in quite different circumstances to be potently alive. It seems the human race can’t do without them. They help us know ourselves. The Minotaur and the male and female characters around him are one such deeply necessary configuration; and of course poets, and not just poets, return to it, to discover what’s in it for us now.

I’ve read the Ariadne portfolio very closely half a dozen times and every reading has revealed some different slant, a further pathos, another turn of pity. A poet’s own belief in their subject will not always transfer itself to the reader; but without such belief no useful transfer will ever take place. This writer’s conviction that the story matters (and matters now), is palpable – and persuasive. All good poems work like that: they persuade you into attending closely to something humanly important.

Many aspects of the original story are repellent; but the force of this Ariadne sequence, even as it truthfully reveals such things, outweighs them with its tenderness, pity, love. Those are human possibilities only latently present in the ancient myth, here brought to prominence for our time and our reading.

Taking up a myth, the poet needs the freedom to write against it, to change things in it, for another view. So here Theseus, the killer, is himself moved to pity; and also feels that he, usually the chief agent, has been used for another’s – Ariadne’s – purpose, like a doll, he says. And she, in the old story cast off by Theseus on Naxos, here simply walks away, having brought about the release her brother desired.

The Minotaur is a cross between two species. Induced to feel pity for him, perhaps we’ll be moved to acknowledge our kinship.

Plato famously ends the Republic by saying that the myth (mūthos) was saved, and that it would save us if we believed it (Republic 621b-c). But what does it mean to believe in myth, any myth, and especially, an old myth? Aren’t we necessarily only the outside viewers, trampling as tourists near the cave where mysteries would once have taken place? The thread is lost, the ship has sailed away. Yet, like the eternal Athenian Ship of Theseus, myths survive. They lose some parts, they gain others, and they stay afloat as long as they move somebody’s heart. If that heart belongs to a poet, the myth can come back to saving us. The cycle “Ariadne” is a radical recomposition of the myth of Theseus and Minotaur. What is monstrous? To hide a beloved being in the darkness. What is beautiful? The baby Minotaur’s face — the Milky Way reflected in his eyes, the sea foaming on his lips. What is heroic? Theseus seems to be lost about that. Where is evil located, and how can it be destroyed? In this version, the evil is not in the center — it has been taken out of the frame, and we can only guess about the logic of cruelty. But we come to the center of the Labyrinth long before Theseus gets there, and we face our fear, our hunch that we, like Ariadne, might be complicit in this hiding of the innocent creature in the darkness.

There are few more joyful images from ancient Greece than the little sailors on the François Vase, jumping in celebration of Theseus’ victory. “Ariadne” does not allow such sentiments. It leaves us heartbroken — this is how the myth survives. This is how we survive, through compassion, through grief — and in a rare flash of bliss we see the Minotaur, temporarily released, sea-bathing in the night, spouting the water “like a joyous, black-furred dolphin.”