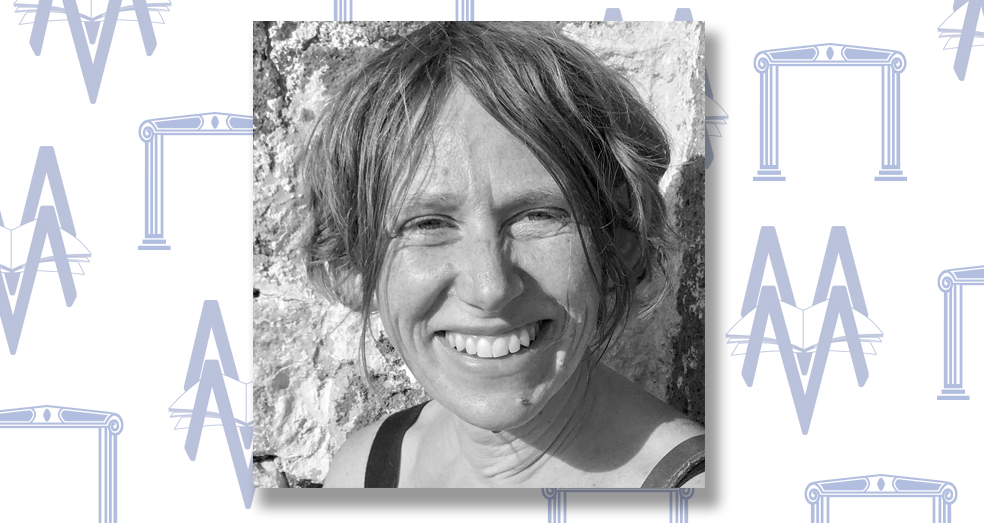 “We are all Greeks,” Shelley writes in a preface to his 1821 poem “Hellas,” and I feel myself momentarily held by the beauty of the totalizing statement. Its sense of expansion, of infinite inclusiveness, collapses several lines later as Shelley scoffs at Chinese and Japanese societies, obviously not included in “us” for him. Still, the seductive radiance of these four words moves me to wonder, two hundred years later: who are we? and what is Greekness?

The latter question invites pointing at the modern state with its government and political boundaries. But the sweeping energy of Shelley’s words takes one beyond anything as well-defined as a citizenship. What is Greek, beyond the modern state? Where does Greece end, externally and internally? Are the stones of Cyrene Greek? What about Gandharan sculptures? And what about Cavafy’s apartment in Alexandria? As we look further back, where does Greece start? Are the wall-paintings of Thera Greek? What about the Early Helladic sauceboats?

I think about the connections between ancient and modern Greece, and have more questions. How do we think about the continuity, while taking into account the radical changes in religion, in language, in political organization? The ancient Greeks themselves loved to think about continuity and change, they savored asking questions. What is justice? What is courage? Does the ship of Theseus remain the same when all its wooden details have been replaced? They also asked questions that could be answered succinctly: “Say, who are you, who is your father, what is your country, where were you victorious?” (attributed to Simonides, ALG 2.115.149).

The ancient Greeks were masters of complicated replies. But they were good at clipped ones, too: “You do not know how you live, or what you are doing, or who you are.” (Euripides, Bacchae 505).

How do we celebrate independence in the world that always has been a mesh of competing interests? How does freedom arise from that mesh? Where does victory stand between joy and horror, between courage and cruelty?

Shelley writes in the same preface, “poets have their privilege,” referring to the poetic imagination that compensates for the scarcity of verifiable historical accounts. Poets have many privileges: a privilege of a speech that convinces on the fly; also, a privilege of a speech that stops to consider. Cavafy recomposes Shelley: “So we are not, I think, un-Greek” (Philhellene); “We are Greeks also—what else are we?” (Going back home from Greece). Poets have a privilege of hearing contradictions and dissonances, of detecting overtones, of speaking in multiple voices.

There are so many questions that new answers are necessarily selective and incomplete; and perhaps the more private and peculiar they are, the more convincing. Poets have a privilege of making through their poems. Among other things, they make us, a community of people listening to their private version of encountering culture and history too large to be comprehended all at once. And for a moment we know who we are.