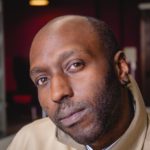 Kei Miller was born in Jamaica in 1978 and has written several books across a range of genres. His 2014 collection, The Cartographer Tries to Map a Way to Zion, won the Forward Prize for Best Collection while his 2017 novel, Augustown, won the Bocas Prize for Caribbean Literature, the Prix Les Afriques, and the Prix Carbet de la Caraïbe et du Tout-Monde. He is also an essayist. 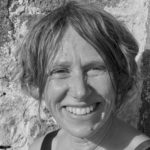 Natasha Bershadsky is a lecturer on the Classics at Harvard University and a Fellow in Poetry and in Ancient Greek History at the Center for Hellenic Studies, where she co-edits Magnetic Links, a poetry project at Classical Inquiries dedicated to ties between modern poetry and ancient Greek traditions. Her research explores ritual and mythological elements of early Greek wars, political and religious dimensions of Hesiod’s works, and ancient dreams.

Natasha describes her experience of judging the 2020 Awards HERE 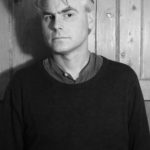 William Wootten is a poet, critic and literary journalist.  His books include the critical study The Alvarez Generation (Liverpool University Press, 2015 and 2020), the poetry collection You Have a Visitor (Worple, 2016) and the annotated volume Reading Walter de la Mare, which will be published by Faber in June 2021. His poetry reviews and articles about poetry have appeared in a number of national newspapers and magazines, most frequently the Times Literary Supplement.  He lectures in English at the University of Bristol. 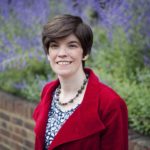 Rachel Foss is Head of Contemporary Archives and Manuscripts at the British Library. She has curated numerous exhibitions at the British Library including ‘In A Bloomsbury Square’: T.S. Eliot the Publisher, Writing Britain: Wastelands to Wonderlands and Gay UK: Love, Law and Liberty. She has published various articles on literary archives and collecting. She was a judge for the Michael Marks Awards in 2018 and 2019. 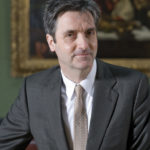 Poetry in a Celtic Language Award 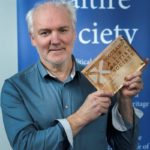 Angus Peter Campbell is an award-winning poet, novelist, journalist, broadcaster and actor. Born and brought up in South Uist he spent his teenage years in the Oban area where he was taught by Iain Crichton Smith at the local High School. In 2001 he was awarded the Bardic Crown for Gaelic poetry. In 2002 he was given a Creative Scotland Award for Literature and in 2008 was nominated for a BAFTA Best-Actor Award for the lead role in the Gaelic film, Seachd. His Gaelic novel ‘An Oidhche Mus do Sheòl Sinn’ was voted by the public into the Top Ten of the 100 Best-Ever Books from Scotland in the Orange/List Awards. His poetry collection ‘Aibisidh’ won the Scottish Poetry Book of the Year Award in 2011 and his novel ‘Memory and Straw’ won the Saltire Fiction Book of the Year Award for 2017. 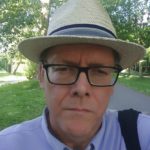 Dafydd Pritchard is Access to Collections Manager at the National Library of Wales. He is a poet, who won the Crown at the National Eisteddfod of Wales in 1996 and has published two volumes of poetry. He has been on the panel of judges for the Crown competition on two occasions and is a frequent reviewer. He served for five years as Chair of Barddas, the national poetry society and publisher.